We recently subscribed to the Winc wine club, and part of our maiden shipment was the 2018 Cocomero Rose, which is a rose out of California which is a Grenache based, dry, medium bodied wine with 13% ABV. It retails on Winc for $16.99/bottle with a $2.00 discount for members. Unfortunately, this bottle is sold out, so until the new vintage is ready, we won’t be able to revisit this wine for a future follow up.

For this review, I let the wine stand on its own, just like my previous review of the Rosa Obscura, with no food or smoke to accompany it, just wine and conversation. The Cocomero is a screw top bottle, so I unscrewed the lid and let the bottle breath for about twenty minutes before pouring the first glass. It is suggested to serve this wine chilled, so I let the wine rest in the refrigerator for a few hours prior to opening. Apparently chilled doesn’t mean cold, because the first glass from this bottle was, well, disappointing in flavor, but as the bottle began to warm up, the flavors progressively improved. The following wine review was completed on 21 April 2020.

The Cocomero Rose is a lush, vivid pale pink, with crystal clear clarity, with no noticeable clouding, sediment or haze, but rather bright and brilliant. For the appearance category, the Cocomero Rose receives a full 2 points.

Upon pouring the first glass, which at this point is very chilled, the aroma on the nose is very faint and consists of predominantly floral tones, with a very faint hint of red berries. As the wine warmed up, and in subsequent glasses, the aroma did open up more, still maintaining a predominant floral, with increased emphasis on the red berries and very faint aroma of watermelon. Considering this wine is marketed as being fruit forward, with watermelon being the fruit of concentration (Cocomero literally means watermelon in Italian), the aroma of the wine was disappointing, I was expecting bright, fragrant aromas from this wine, which just weren’t there. For the aroma category, the Cocomero Rose receives 1 out of 4 points.

The Cocomero Rose is classified as a dry wine, which I can agree with completely, although while dry, it is not so dry as to not be refreshing, which the Cocomero is. If you are expecting a sweet, fruity wine, this is not for you. Upon swishing in the mouth, there is a very faint acidic tartness on the tongue, pronounced more as a hint of lemon citrus, which was unexpected, however refreshing. For the balance category, I give the Cocomero Rose 2 out of 3 points.

The flavor on the Cocomero Rose started out fairly lackluster, but much like the aroma of the wine, the flavor really began to open up once the bottle started warming up to temperature. I can’t discredit the wine for my improper serving method, again, chilled means chilled, not cold (my fault). Taking that into consideration, by the third glass, the flavor of the wine did develop into something that was quite pleasant, with a multilayered combination of floral, red berries, slight mineral nuances and unfortunately very faint watermelon. The floral and mineral flavors really dominated the tasting profile, leaving the fruit as a faint second thought. This was disappointing, again, because I was expecting a wine which was literally named Watermelon, to have more of a fruit forward flavor, and for this reason the Cocomero Rose receives only 2 out of 4 points in the taste and flavor category.

The finish of the Cocomero Rose is another point that was lackluster in performance for me, being incredibly short lived and fading away almost as quickly as I was able to set down my glass. While the Cocomero Rose is refreshing, and doesn’t leave the mouth dry, I would have liked to have more lingering of the flavor. This is a wine that could be quickly forgotten in my opinion, and for the finish category the Cocomero Rose receives only 1 out of 2 points.

I was excited about the Cocomero Rose mostly because I am a lover of watermelon, and was expecting great things from a wine that claimed to be fruit forward with impressive watermelon taste. I was, unfortunately, left wanting by the time I reached the bottom of this bottle. Now, don’t get me wrong, this Cocomero Rose is a good wine – as long as you don’t have high expectations of a fruit jubilee in your mouth – and would be a great wine for sunny afternoons, outside with the afternoon lunch. It is light, it is refreshing, and it is good – it just wasn’t great. This isn’t a wine which I would actively seek out and want to have in my collection, but at the same time if a new vintage happens to make it into the collection, I wouldn’t give it away either. For overall quality and impression, the Cocomero Rose receives 2 out of 3 points.

The 2018 Cocomero Rose is rated Very Good by Cigar Informer and receives the Bronze Medal with a total score of 12 of a possible 20 points. The Cocomero Rose is a light and refreshing wine in which we would suggest cigar pairings that are mild-medium to medium bodied as to avoid the cigar overpowering the wine. Cigars with woody, earthy, and fruity notes would pair well with the Cocomero Rose. We would suggest that you avoid full bodied cigars with this wine, as the cigars will dominate the flavor profile and negate the wine.

Get $22 off your first box when you join Winc! Click here for the offer! 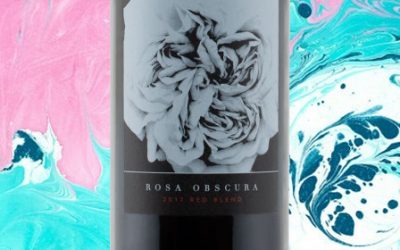 We recently got ourselves signed up with Winc, a wine club of sorts, which provides monthly wine suggestions that match your preferences. The major...