Deal Alert! Get select Dunhill Tobacco’s on sale now! As part of Customer Appreciation Week at Pipes and Cigars, they’re going to do something unexpected. They have selected some of the legendary blends from Dunhill and they’re going to give you 25% off. Most of you know that Dunhill tobaccos have been discontinued, so, if you’re a Dunhill fan, here’s a chance for one last big sale before they ride off into the sunset. Choose from such blends as The Apertif, Londox Mix,... 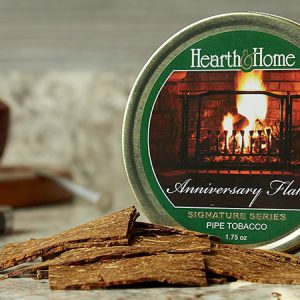 Deal Alert: The Hearth & Home Signature Anniversary Flake has just been announced as the Tobacco of the Week at Pipes & Cigars – you can get 1.75 ounce tin for only $7.99 – that’s 32% off of MSRP