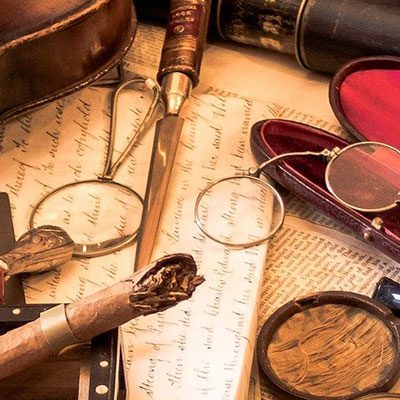 We’ve been a little distant the last year, with 2020 being a giant sinkhole of a year; between quarantine, friends and family getting sick, even some deaths of friends and co-workers, and Twitter screwing us with account suspension (without a stated reason?); we just weren’t in the right state of mind to continue searching for deals, writing content, researching new cigar shops and so forth. But, it’s a new year, we’ve weathered just about everything that 2020 could throw at us and we’re still standing…so it’s time to get back to business and stop allowing the woes of the world to screw with our enjoyment of cigar smoking, regardless of whether we’re allowed to be social in doing so, or not.

First on the list, we’re going to be bringing back our daily deals and steals postings, where we scour the web looking for the best deals on cigars and bring them to you in an easy-to-read list picking only the deals you want. Basically, we do the hard work for you and you get to be the cigar hero getting the best deals in the least amount of time, imagine that. Be sure to accept our notifications on the website to make sure that you get notified when we post new articles and don’t miss out on the deals we find, because some of them are limited time only offers – you snooze you lose.

Next, we’re launching several new article series in an attempt to broaden our scope beyond just awesome cigar deals and really start getting into all those things that come with the cigar lifestyle. Our new dedicated series of articles will be including the following;

Every Monday we’re going to be spotlighting a culinary treat, featuring the recipe, our review of the meal, as well as some great drink and cigar pairing ideas for during and after the meal.

Tuesdays will feature new tips and tricks, covering everything from cigars, humidor maintenance, tool upkeep, to tips about drinks, travel, shopping, you name it – every week a new tip relating to something within the cigar lifestyle, aimed at helping you.

Yeah, that’s not a typo, every Wednesday we are going to be publishing a wine review, making Wednesdays the office Winesday. We started wine reviews with a couple of bottles early last year. Well, they’re back, and we have amassed a collection of wines from multiple sources which we are going to be tasting, reviewing and offering cigar and food pairing suggestions for. Plus, we’ll include links to where you can get the wines we review so you don’t have to hunt the web for something that piques your interest.

Yes, we’re going there, another cliché title, but hell, we’ve got a massive number of cigars with some serious age on them, so every Thursday we will be pulling an aged puro from the Cigar Informer collection and sparking it up – we’re talking cigars with 4 plus years of age on them, some of them nearing 10 to 12 years of aging in the humidors, including some sticks that you can’t even find any longer.

It’s Friday, which means it is time to wind down and enjoy a cocktail and a cigar to user in the weekend. Every Friday we will be featuring a new cocktail, including the recipe to make it, the history of the cocktail, and our general opinion of it. We will also be looking at cigars which would pair well with the featured cocktail.

You know we can’t do just one cigar review every week, hell I would do a review every day if my scheduled permitted the time of all that extra writing! The weekend review will feature a new cigar every Saturday which will include some tried and true favorites, new on the market, and maybe even some things you’ve never heard of. As always, the cigars we review will also include links to the best deals we’ve found on the web so you can get some yourself!

All Praise to Him

Yes, we’re going there! We are Christian and have no guilt for proclaiming it to the world, and now, every Sunday we will be publishing an article providing a layman’s Bible lesson, our views and take on the lesson, and even what parallels we can make with current events. It’s the Cigar Informer weekly Bible study – good cigars, great coffee, and the Word of God.

Throughout the week we will also be including cigar and industry news as it becomes available to us, limited time deals on cigars, accessories or other cigar lifestyle related items as well as our retailer reviews, special deal finds, things we love and more. We are also looking at doing some profiles of some of the smaller cigar brands, cigar shop owners and personalities, so stay tuned for that as well.

We look forward to 2021 and we hope you all will join us. We hope to being back on social media soon – Twitter be damned with their ‘cancel culture’ bologna. In the meantime, be sure to follow us on Facebook and Instagram while we navigate the Twitter situation and deal with their libtard agenda. As always, stay smoky friends!